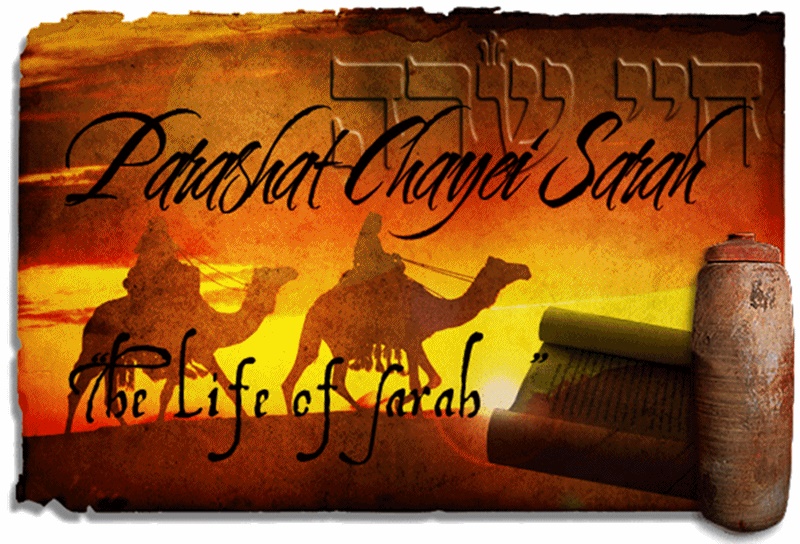 Welcome to this week’s Torah study, which is called Chayei Sarah (Life of Sarah).

Please join with us as we study the portion of Scripture that will be read in synagogues around the world this Shabbat (Saturday). We know you will be blessed by this Parasha (Torah portion) as it highlights how we can live lives worthy of leaving a legacy for future generations.

Although the title of this week’s Parasha, Chayei Sarah (חַיֵּי שָׂרָה), means Life of Sarah, it initially focuses on her death. This corresponds with the Judaic thought that it is the awareness of death that gives more meaning to life.

Sarah is the only woman in the Bible to have a Parasha named after her. What an honor! All the other Biblical characters that Parashot are named after are men: Balak, Pinchas, Korach, Noach and Yitro. This underscores how important the matriarch Sarah is to our faith.

Sarah dies in Kiryat Arba (Hebron), and her funeral is the first to be recorded in the Torah.

Above are the tombs of Sarah and Abraham in Hebron, otherwise known in ancient times as Kiryat Arba

Last week’s Parasha (Vayera) ended with Abraham’s ultimate test, the binding and near sacrifice of his beloved son, Isaac (Yitzchak); but God provided an adult male ram for a sacrifice instead. One must wonder what went through the mind of Isaac’s mother, Sarah.

Did she even know for what purpose Abraham departed with their son? Did she worry that her joy, her reason for laughter, Yitzchak, may not return home alive to her?

Scripture does not address this; however, in the Brit Chadashah (New Testament), we do read of Sarah’s radical obedience to her husband as an example of faith and courage that women of God are encouraged to emulate: “For this is the way the holy women of the past who put their hope in God used to adorn themselves. They submitted themselves to their own husbands, like Sarah, who obeyed Abraham and called him her lord. You are her daughters if you do what is right and do not give way to fear.” (1 Peter 3:5-6)

Sarah demonstrated this radical obedience to her husband, first by leaving everything behind, including her home and family, to follow Abraham to a new land. She did not know where they were going and had to live inside a tent in the desert like a stranger.

In order to protect her husband, she even agreed twice to enter a foreign king’s harem where she could have potentially been greatly harmed and defiled. Still, even in this, she obeyed her husband.

God rewarded Sarah’s obedience and did indeed rescue her from Pharaoh’s and King Abimelech’s harems. Clearly it was God who did not allow the King of Gerar to touch Sarah:  “And God said to him in a dream, ‘Yes, I know that you did this in the integrity of your heart. For I also withheld you from sinning against Me; therefore, I did not let you touch her.’” (Genesis 20:6)

There is only one way that Sarah could have walked in such radical obedience, and that is through absolute faith and trust in God. She may not have trusted her imperfect husband who was willing to sacrifice his wife to save his own skin, but she trusted God to protect and preserve her from all evil.

Many believe that Sarah lacked faith when she gave her servant Hagar to Abraham in order to raise up children for him. Jewish tradition, however, holds that Sarah was convinced that God would be true to His promise to bring forth nations through Abraham, and that she was acting in faith.

Hagar was not just any servant, either. Sarah personally trained her in faith. Moreover, it is quite possible that she was Pharaoh’s daughter.

The fact that Hagar conceived (and Sarah did not) caused Hagar to think that she was more spiritual and, therefore, more blessed than Sarah. In her pride, she exalted herself over Sarah.

When the three angels visited Abraham, Sarah understood that the child of promise would come through her.

Bearing Fruit in Our Latter Years

“They shall still bring forth fruit in old age; they shall be vigorous and flourishing.” (Psalm 92:14)

Sarah’s giving birth to Isaac in her old age shows us that we are not expected to idly sit in our rocking chairs as we reach our golden years; we can remain vital and active.

Both Abraham and Sarah achieved significant accomplishments, not in their youth, but in the last years of their life.

This is in keeping with an old Jewish saying, “At 40 one is fit for discernment, at 50 for counsel, at 80 for special strength.”

Caleb is an example of this. He was one of only two people out of a generation of millions to enter the Promised Land, and he asked for a mountain to conquer at 85-years-old!

“And now, here I am this day, eighty-five years old. As yet I am as strong this day as on the day that Moses sent me; just as my strength was then, so now is my strength for war, both for going out and for coming in. Now therefore, give me this mountain of which the Lord spoke in that day.” (Joshua 14:10-12) 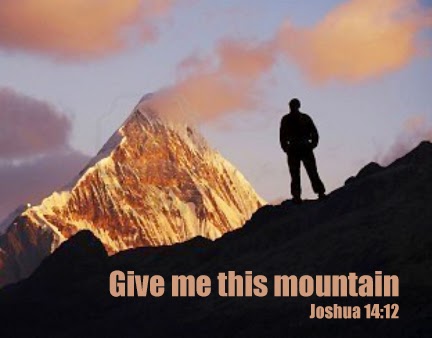 Although it has become politically incorrect to ask a woman her age, Scripture does not hesitate to reveal Sarah’s age at her death.

The numerical value of the opening term of this Parasha (vayih’yu [וַיִּהְיוּ֙] / and was) adds up to the sum of 37, which is the same as the difference between the age of Sarah when she gave birth to Isaac at 90 years old and her death at 127.

These 37 years were surely some of the best years of Sarah’s life as she raised the child that she and Abraham had hoped and prayed for most of their adult lives.

The Torah shows Sarah as her husband’s partner in life and his equal. In Jewish oral tradition, they are both considered to have been excellent teachers in their own right, with Sarah teaching the women and Abraham teaching the men. She completely shared Abraham’s journey with God in a spirit of faith, courage, and if necessary, self-sacrifice.

She endured being uprooted from her native land, being barren (considered a curse in Middle Eastern culture) until the age of 90, being held captive, and being exposed to the advances of foreign kings (twice).

Through it all, she remained faithful to God, to her husband, and to her calling.

Obviously, Sarah was a beautiful woman. So beautiful, in fact, that Abraham resorted to calling her his sister to protect himself from the gangs of marauding soldiers who might be tempted to kill him in order to take his wife.

Even though Sarah was, in fact, his half-sister, this still did not justify the deception that put his wife’s honor at risk. How did Sarah endure so many difficult trials in her lifetime?

It was through her optimism and inner tranquility that comes only with faith in God that Sarah was able to deal with such adversity. This was likely part of her appeal and power.

Behind Every Great Man

“Who can find a virtuous wife [eshet chayil]? For her worth is far above rubies. The heart of her husband safely trusts her; so, he will have no lack of gain.” (Proverbs 31:10-11)

It has often been said that behind every great man is a great woman. Sarah takes this one step further. She is the Biblical model of the Godly woman behind the Godly man.

She showed herself to be the great woman who helped ensure the successful continuation of Abraham’s dynasty.

The life of Sarah is not about her death, therefore, but about her legacy. Abraham ensures that her legacy continues by setting in motion the finding of a wife for Yitzhak (Isaac).

For that reason, as this Parasha continues, the story becomes more about Isaac’s life, and less about Abraham.

A good part of this Parasha centers on how Abraham’s servant located a proper wife for Isaac.

He essentially chose a kind-hearted woman who was capable of decisive, compassionate, Godly action. She was a woman who would take the time to help a stranger and his animals.

She was also the kind of woman who, once she knew God’s purposes, would not hesitate to act immediately. As soon as she knew that God had selected her to be Isaac’s wife, she did not let another day pass in fulfilling that destiny, though family members sought to give her an excuse to delay her leaving.

Abraham’s marriage to Sarah and Isaac’s marriage to Rivkah (Rebecca) reveal that a partner’s spiritual qualities are far more important than their physical attributes (although beauty and attention to appearance obviously helps).

God has a plan for us. May we use the wisdom of God to understand that our choice of a life partner will affect how we fulfill our calling and subsequently, the legacy that we leave.

To prepare to leave such a legacy, may we choose partners prayerfully, praying for them even before we meet them. And may we base our decisions about whom we will marry on spiritual qualities, on whether a potential partner possesses the beautiful inner characteristics of God’s chesed (lovingkindness and mercy), grace, selflessness, and benevolence toward all.

For those of us who are already married, we can pray as couples that God will use us to accomplish His purposes. We can be the kind of partner that helps our spouse walk in his or her destiny. As well, we should pray that God will give our children a sense of His purpose for their lives.

God worked in the lives of Abraham and Isaac to bring them a suitable partner through whom He would bring forth Israel. This reminds us that God has a grand plan in which the life of each individual plays a role.

He is still working in the same manner that he was during the time of Abraham, Sarah, Isaac, and Rebecca, not only to accomplish His purposes for the Jewish people, but for each of us.

His eye is on every detail of our lives, and He wants us to partner with Him in His purposes.

To listen to our Shabbat service for today, please click on the link below:

To watch a video of the sermon in English and Italian, please click on the link below: